Thanks be to God for His generous gifts, for the confession we share with our brothers and sisters in Christ overseas, for His promises to every nation and generation. May He continue to bless those seminaries built on the rock of His firm and unchangeable Word, as they work in Christ to train pastors to serve as undershepherds for His flock, and deaconesses to serve as His hands of mercy.

While [Jesus] was still speaking to the people, behold, his mother and his brothers stood outside, asking to speak to him. But he replied to the man who told him, “Who is my mother, and who are my brothers?” And stretching out his hand toward his disciples, he said, “Here are my mother and my brothers! For whoever does the will of my Father in heaven is my brother and sister and mother.” 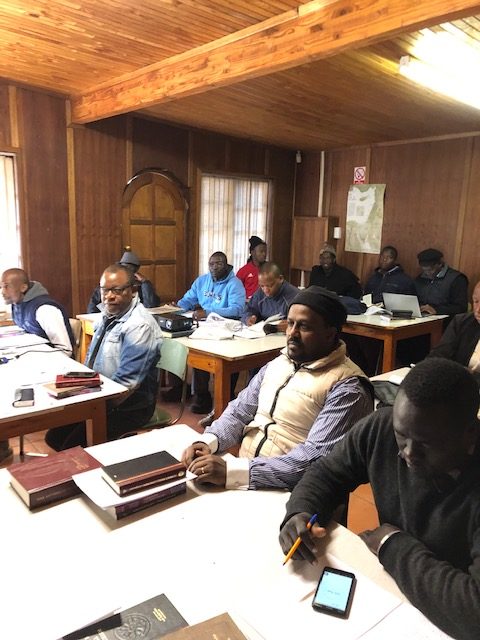 Earlier in the summer, Prof. John Pless (Assistant Professor of Pastoral Ministry and Missions as well as Director of Field Education) was in Tshwane, South Africa, teaching an intensive course at the Lutheran Theological Seminary (LTS). From July 28–August 9 he taught a class of 25 students, finishing out a five course series based on the five volumes of “Commentary on Luther’s Catechisms” by Albrecht Peters. Residential LTS students along with pastors and lay preachers from various South African Lutheran bodies attended the series on how to teach, preach, and provide pastoral care based on each section of the Lutheran Confessions.

He first began teaching this advanced catechetics series in February and March of 2017. “I appreciate the continuity I have with these students,” Prof. Pless wrote in a report following the final class. “It is especially heartening to have a solid core group of pastors and lay preachers who return for each offering.” 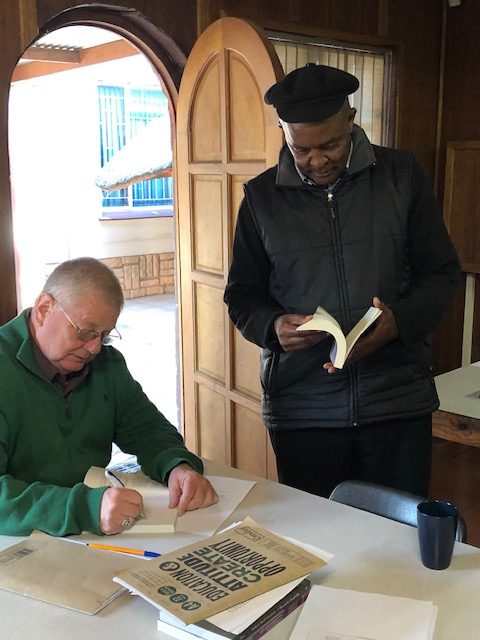 For three hours each morning, Prof. Pless covered the fifth volume of Peters’ commentary, teaching about Confession and Absolution as well as the daily prayers and the table of duties in the Small Catechism. He used his newest book, “Luther’s Small Catechism: A Manual for Discipleship,” as a supplement. Donors from the United States provided both books for the students.

In addition to teaching, preaching in chapel, and visiting colleagues and local pastors, Prof Pless noted a particular undertaking nearing completion at LTS. “Certainly a highlight of this trip was to watch the daily progress being made on the library expansion and renovation, a project supported by the St. Philip Lutheran Mission Society.” The St. Philip Lutheran Mission Society is made up of CTSFW alumni, who first visited LTS in the spring of 2008 as students. Now pastors, they raise financial aid for the institute to support the promotion of confessional Lutheran theological education in Africa through LTS.

“It is such a blessing to be able to partner with LTS-Tshwane on this project,” explained the chairman of the society, Rev. Chris Maronde, associate pastor at St. John in Decatur, Indiana, and doctoral student at CTSFW. “The express mission of the Saint Philip Lutheran Mission Society has been to support the seminary in any way we can, although this is the first capital project we have ever undertaken.

“As Philip didn’t travel to Africa but sent the Ethiopian back to his home, so Saint Philip Lutheran Mission Society is made up of pastors (all CTSFW alums) and donors in the United States who support the training of native pastors, who will travel back to their homes all over Africa with the saving proclamation of Christ and Him crucified.

“Our primary method of aid is tuition support, but it has been very satisfying to see a ‘brick and mortar’ project travel from conception and fundraising to construction. It is also humbling to the board to see this mission society, still very young, be the driving force in the construction of a building thousands of miles away.” 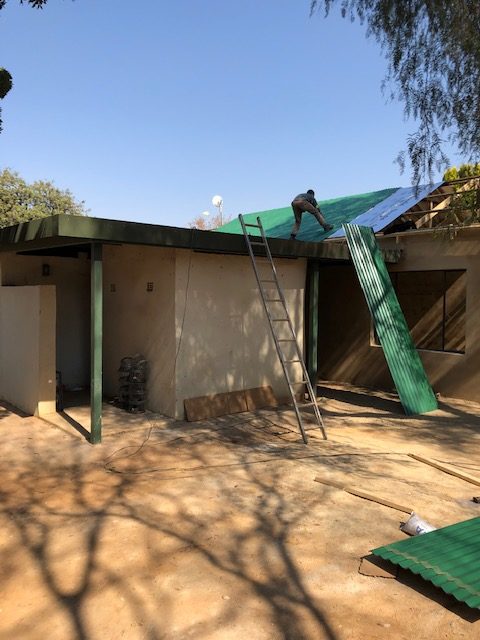 Many challenges delayed the project for several years, but construction finally began in the spring; the dedication is scheduled for September 7, two days from now. The expansion of the facility had been overdue for many years, and will more than double the space for holdings, allowing many books to be brought out of storage and into student’s hands. The previous rector of the seminary, Dr. Weber, asked the society to take on the project, and the current rector, Dr. Winterle, saw it through to construction. “We enlisted the help of many in the United States,” Rev. Maronde went on, “particularly by partnering with the Rocky Mountain District of the LCMS (who is providing funding to equip the building with necessary amenities), and a grant from a Lutheran organization in Texas. Without our own donors and these other organizations, this library would not be under construction.”

Prof. Pless plans to return to LTS in March of 2020 to teach “The Psalms in Pastoral Theology,” followed by another Confessions course in August. “I am grateful to the congregations and individuals whose gifts have enabled me to travel to South Africa and bring books for our students,” he noted in his report. “As long as we can find funding for these trips, I am willing and eager to come to South Africa twice a year.” 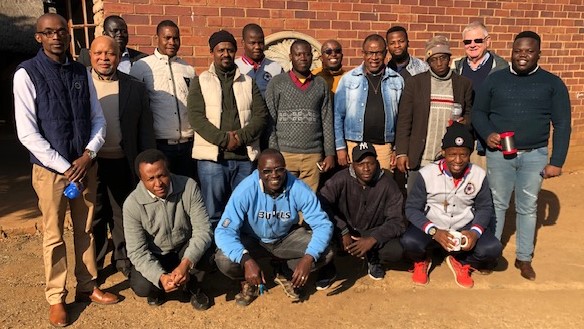 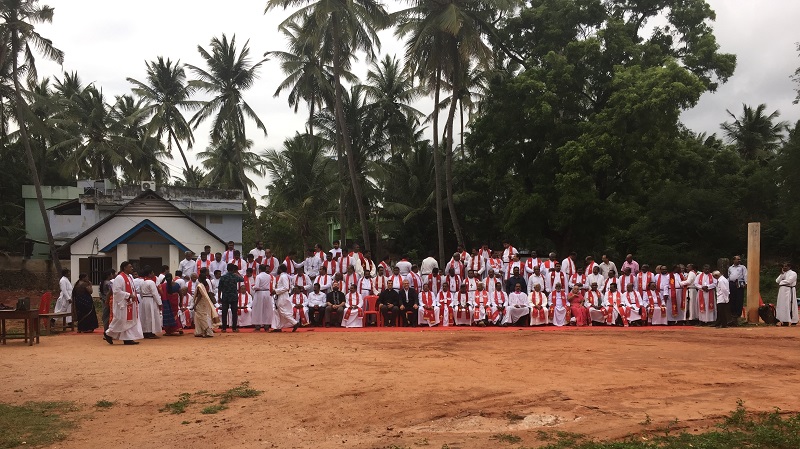 First up in our faculty travel highlight week is Dr. Detlev Schulz, whose credentials include many of CTSFW’s international and mission departments. He is Professor of Pastoral Ministry and Missions, Dean of Graduate Studies, Director of the PhD in Missiology Program, and Co-director of International Studies. This summer Dr. Schulz visited the India Evangelical Lutheran Church (IELC) from August 11–16. 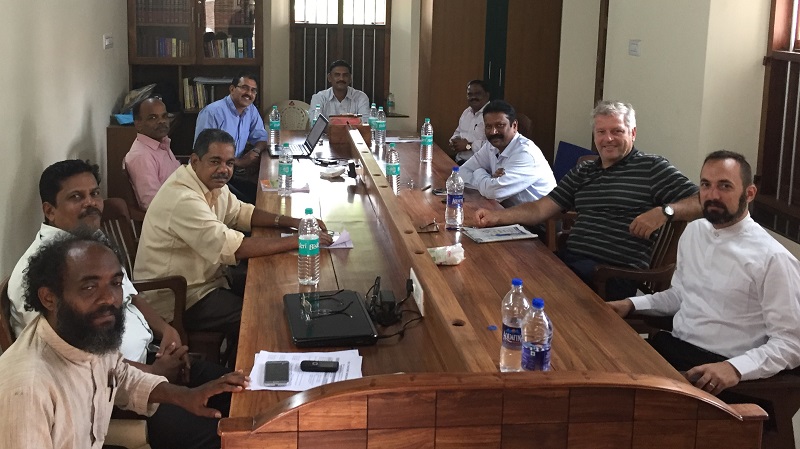 He spoke at the Pastors’ Refresher Course, a retreat hosted by Concordia Theological Seminary, Nagercoil, under the theme: “The Unity of the Spirit in the Bond of Peace (Eph. 4:3).” The retreat itself took place over two days, from the 14th to the 15th, while the rest of his time in India was spent consulting with the faculty on curricula and colloquy matters. Dr. Schulz was asked to assist in their theological education by helping to map out the Lutheran emphasis in their Bachelor of Divinity program, as well as to discuss the role of the Nagercoil seminary in the IELC colloquy process.

President Suviseshamuthu and Principle Christudas (here pictured standing on either side of Dr. Schulz) extend their warmest greetings to CTSFW. Founded in 1932, the seminary of the IELC is also currently being beautifully restored to its original self. 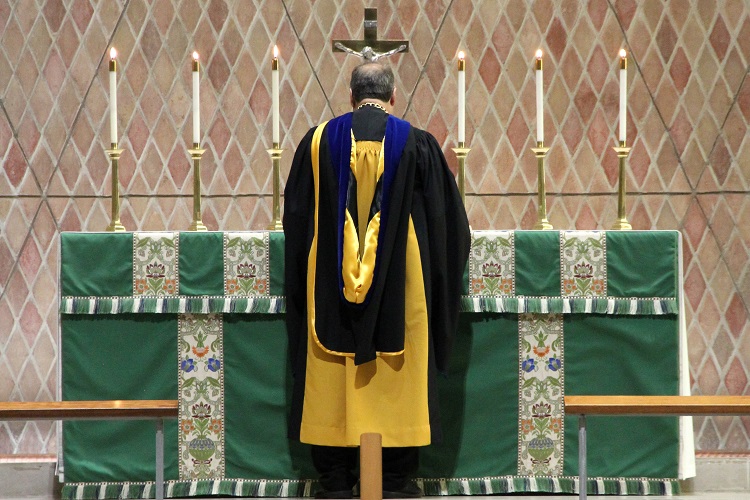 Opening Service begins in less than a week, on Monday, September 9, at 10 a.m. in Kramer Chapel. The start of the 174th academic year at CTSFW will include the installation of a new faculty member: the Rev. Prof. Adam Koontz, who began his service as Assistant Professor of Exegetical Theology on August 1st. Prof. Koontz attended school as an undergrad in his home state of Pennsylvania before receiving his Master of Divinity from CTSFW. He served as pastor at Mount Calvary in Lititz, Pennsylvania, during which he planted Concordia Lutheran Mission in Myerstown. A doctoral candidate in New Testament and Early Christianity in the Department of Religion at Temple University, Philadelphia, he and his wife Jen have returned to his alma mater in Fort Wayne with their six children.

“It’s honestly completely different coming here as a professor instead of a student—except that in both cases I arrived in the middle of summer and spent a lot of time in the library as soon as I got to campus,” Prof. Koontz explained. “As a student, I was excited but didn’t fully understand the importance of the teaching that happens at the Seminary. As a faculty member, I’m excited again but know full well that what we teach here matters more than anything.” 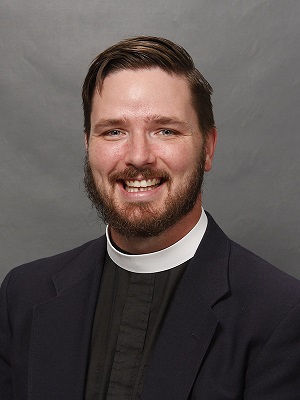 Prof. Koontz will teach courses related to the New Testament, beginning with Gospels 1 and Greek readings. In the winter and spring quarters, he will teach lecture courses on Paul, his specialty. “The faculty is very excited to welcome Rev. Koontz to our midst,” said Academic Dean, the Rev. Dr. Charles A. Gieschen. “He brings both expertise in the Pauline Epistles and fine recent pastoral experience that will be a blessing to our students. He’ll also,” he added, “bring down the average age of the faculty.” 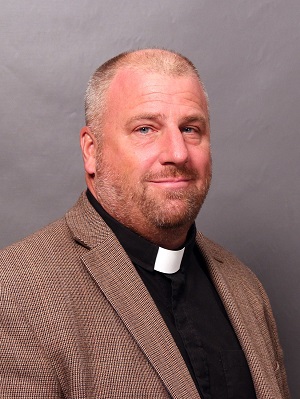 Additional changes were made to the faculty earlier this summer, when the Board of Regents took action at their May meeting to advance both the Rev. Dr. Peter J. Scaer and the Rev. Dr. Naomichi Masaki from the rank of Associate Professor to the rank of full Professor. “It’s nice to have my title shortened by four syllables,” Dr. Peter Scaer pronounced. “But, more seriously, it’s a time to reflect on my service, and to offer thanks for such a wonderful place as CTSFW. There isn’t a better place to study and teach theology. And at a time when the world so desperately needs Christ, it’s an honor to be a part of what’s happening here in Fort Wayne.” 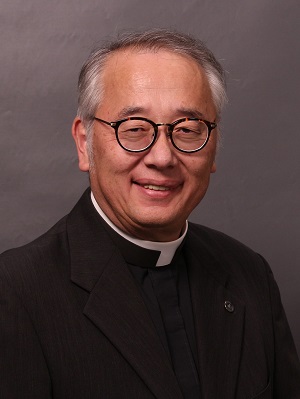 “I am truly humbled by this advancement, deeply thankful to the board and the administration for their trust and recognition,” said Dr. Masaki. “Still, far greater confidence comes from the Lord who has called me to this beloved seminary. It remains my utmost joy and privilege to serve Him alongside my dear colleagues He brought together as a team.”

Both professors have distinguished their teaching with service here as well as abroad in many countries and across continents, traveling overseas to teach at seminaries and theological schools partnered with CTSFW. You can learn more about the service and accomplishments of our faculty at www.ctsfw.edu/faculty. To watch Opening Service on September 9 at 10 a.m. (EDT), go to www.ctsfw.edu/Daily-Chapel or www.facebook.com/CTSFW where it will be streamed live.