The following news release came from Concordia University Chicago, about their plan to award an honorary doctorate to President Rast. Thanks be to God for our faithful Seminary president! We’re proud to claim Dr. Rast as our own. 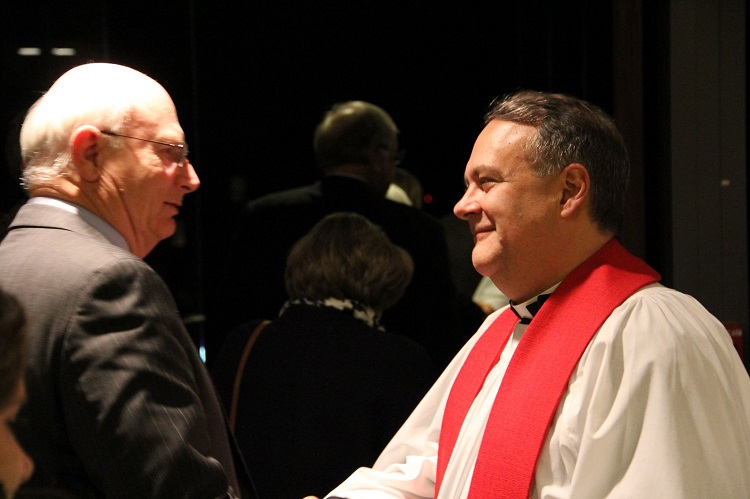 Dr. Rast is also a professor of American Christianity and American Lutheranism at the seminary, where he joined the Department of Historical Theology in the fall of 1996 after serving as pastor of Ascension Lutheran Church in Madison, TN. He earned his B.A. in theological languages from Concordia-Chicago, his M.Div. and Master of Sacred Theology from Concordia Theological Seminary-Fort Wayne, and his Ph.D. in American church history from Vanderbilt University.

As a member of the board of directors for the journal Lutheran Quarterly, Dr. Rast has authored numerous articles on a wide range of topics, with special interest in the growth and expansion of Lutheranism in the United States in the mid- to late-19th century.

In addition to serving at the seminary, Dr. Rast regularly presents at workshops, retreats and conferences around the U.S. He has represented the seminary and the Lutheran Church—Missouri Synod at numerous international conferences and by teaching in Africa, Asia, Europe and South America.