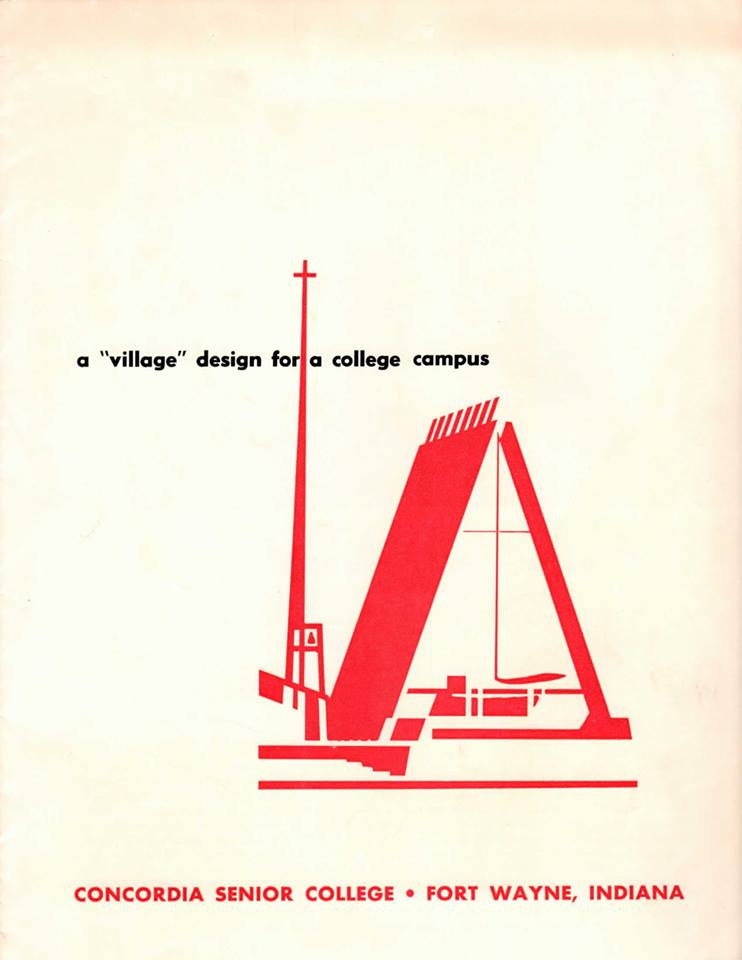 The silhouette from the cover of this booklet reprinted from “Progressive Architecture” (December 1958) is a familiar one. The assistant archivist from the Michigan District LCMS Archive at Concordia University in Ann Arbor emailed this to us yesterday, having discovered it while sorting through materials in their archives.

The 191 acres on which we’re built was originally a reservation deeded to Pe-chewa, a Miami Indian chief who later became a Christian. The Charles Kramer family purchased and homesteaded the land in the early 1900s, before it changed hands again, this time to the Synod. Construction from 1954 – 1957 transformed the Kramer farm into a preministerial college, which makes this booklet only slightly younger than the campus itself. It was published about fifteen years before the LCMS voted (in 1975) to combine the Senior College here with the Junior College in Ann Arbor, allowing our Seminary to move from the aging campus in Springfield, Illinois, to this much newer one in Fort Wayne, Indiana.

In short: here we still stand. For 43 years we have done no other.