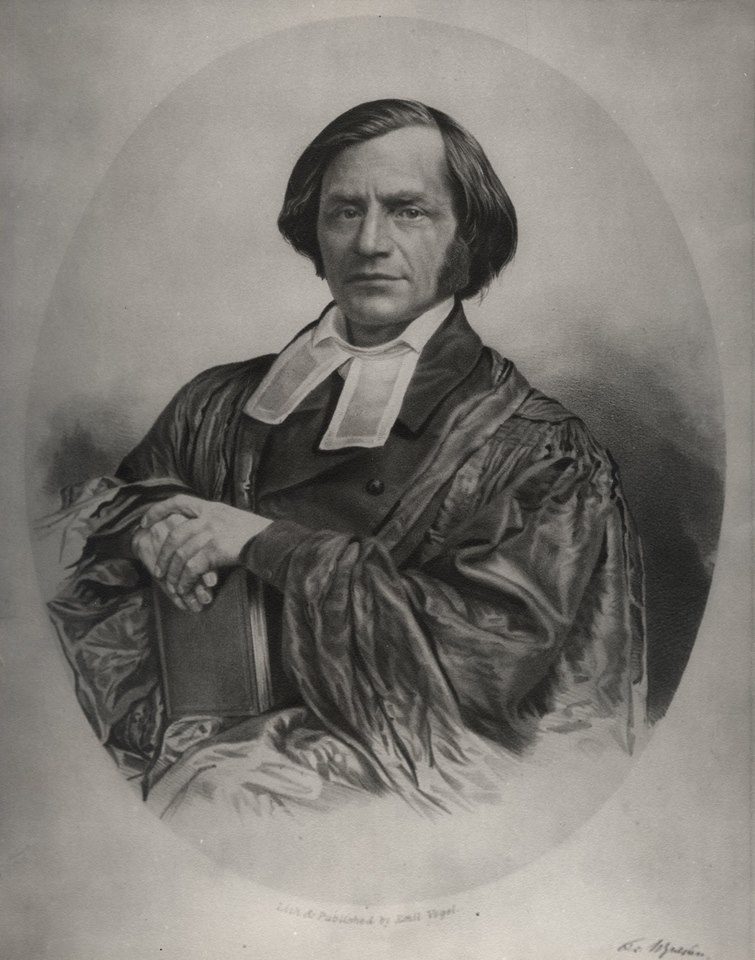 Short history lesson this afternoon, from one of our librarians, Rev. Bob Smith, who likes to research our forefathers in his spare-time. We talk a lot about Friedrich Wyneken here at CTSFW (and for good reason: he was instrumental not only in the formation of our seminary but in the LCMS itself; his is the voice that called out in distress to his homeland, pleading for them to send more Lutheran pastors and missionaries to the German pioneers), but there are still some unanswered questions. Like where did Wyneken himself come from? Why was he even here to see the great need for pastors?
‍‍‍‍‍‍ ‍‍
The answer can be traced to the death of another man: Pastor Jesse Hoover. On June 4, 1838, an elder at St. Paul’s congregation in the frontier town of Fort Wayne wrote to the Mission Committee of the Pennsylvania Ministerium, following the death of Pastor Hoover. From his letter:
‍‍‍‍‍‍ ‍‍
“Have pity, honored fathers and brothers and send us a Pastor… If you canvas the northern part of Indiana you will soon see how important it is that you send us a faithful Shepherd. The harvest is great but unfortunately there are no workers. If it is not possible to send us a Pastor, dear brothers, then send us a circuit rider. We hunger and thirst for the Word of God.”
Adam Wesel
‍‍‍‍‍‍ ‍‍
The committee had, in fact, planned to send a survey missionary in their direction come September, but this candidate had fallen through. However, a young pastor interested in serving on the American frontier had just arrived in Baltimore. By the end of August (180 years ago this summer), Wyneken was in Indiana.
‍‍‍‍‍‍ ‍‍
None of this can be found in published histories. When I asked how Rev. Smith discovered these facts, he explained:
‍‍‍‍‍‍ ‍‍
“Ancestry.com gave me ship passenger lists, newspapers.com the date of the ship’s arrival, a friend scanning through Lutherische Kirchenzeitung the Wesel letter. Reading the histories, he seems to just stumble into Adams County. So, we have Hoover’s death, end of May. Wyneken, moved by mission journals to serve on the American frontier, boards the ship of his family’s captain friend (likely how he afforded passage). Wesel writes the letter in early June, just as the designated survey missionary falls ill. The letter arrives in June to PA, just as Wyneken arrives, finds the Baltimore Lutheran pastor and is befriended. In August, Wyneken, with the recommendation of the Baltimore pastor shows up in PA. He then hops a train to Pittsburgh, buys a horse and for some reason (we now know why) picks an Indian trail that runs through Lima, Ohio and along the banks of the Maumee (or is it the St. Mary’s? I mix up my rivers!) to Adams Co. Has a divine hand all over it, doesn’t it?”
‍‍‍‍‍‍ ‍‍
Rev. Smith is currently writing a blog series on Wyneken. To read more, go to https://whatdoesthismean.blog.