Going forward, our spelling for the term “diakonal” will change to the more popular “diaconal” (as used by Synod and many of our fellow Lutheran organizations). Originally I hadn’t planned to make any sort of announcement about this spelling change, but when I asked about the historical use of the “k” spelling here at the Fort Wayne Seminary, I received this answer from our academic dean:

“I think the reason you see a K (diakonal) instead of a C (diaconal) among those at CTSFW is largely due to Dr. Just transliterating the Greek noun for “service” with a K (diakonia) rather than a c (diaconia). A Greek kappa looks and sounds like a K. I think either transliteration can be used in English…The advantage of the C transliteration is then there is consistency between ‘deaconess,’ ‘diaconal’ and ‘diaconia.'”

Ask a simple question, get the translator’s cliff notes. It makes for a short but interesting piece of Seminary history: Dr. Just (who is now our chairman of Exegetical Theology and director of Spanish Language Church Worker Formation) served as our first director of Deaconess Formation, which is why his spelling is the one that made it into our internal lexicon.

But really, folks: it’s all Greek to me. 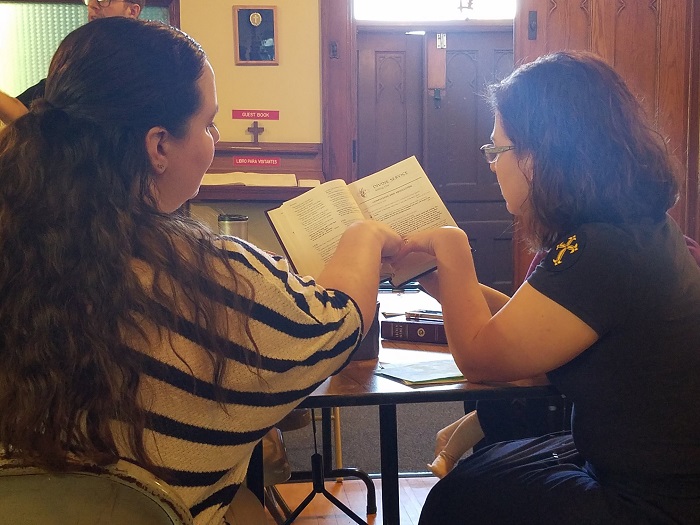