The L7 and W8 Auditoriums have long been our most complained about rooms on our student evaluation forms at the end of each school year. If you’re a Fort Wayne alum, you probably know what we’re talking about. This summer we’ve finally been able to prove that we’ve heard these cries, due to the generosity of one of our donors who particularly enjoys tackling brick-and-mortar projects. The remodel is going to be finished in time for the new school year, though the pileup of desk chairs outside each auditorium has become a familiar sight in our classroom buildings. 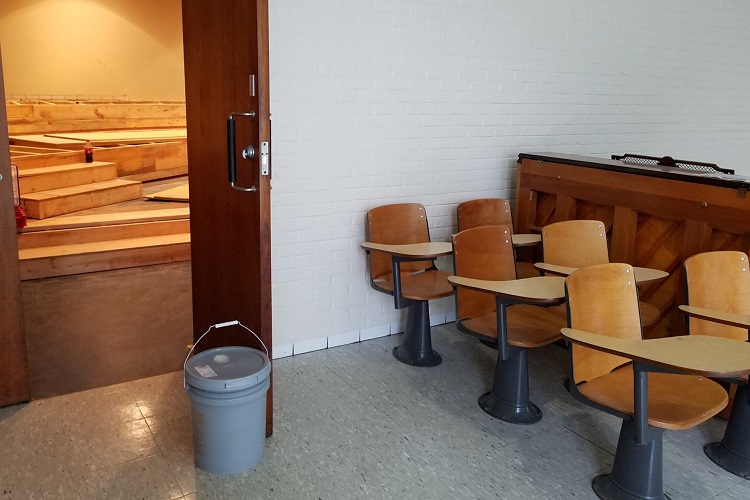 ‍‍‍‍‍‍ ‍‍
On a historical note, while doing some research in the book “Prairie School of the Prophets: The Anatomy of a Seminary 1846-1976” (by Erich H. Heintzen), I found a familiar lament on page 91: “[The Board of Control] would never be free of concern over ‘bricks and mortar.'” The statement followed a handful of notes from their meeting minutes. The following were both recorded on February 5, 1877:
‍‍‍‍‍‍ ‍‍
“Craemer offered his horse to the seminary for drayage purposes but warned that the harness was not strong enough to bear the strain imposed by the bottomless streets; it was resolved that Mr. Sell should look for stronger gear.”
‍‍‍‍‍‍ ‍‍
“The professors requested action by the board to prevent the college animals, particularly the pigs and the cows, from running about between the college and the professors’ homes. The board was sympathetic.”