The commemoration on the 14th may have been a famous one to the secular world, but today’s is likely an equally familiar one to the Lutheran one (but probably not to the Catholics): Martin Luther, Doctor and Confessor.

Martin Luther died on February 18, 1546, at the age of 62. He wrote his last will and testament only a few years before, first dealing with his material possessions and his family, and then ending on this paragraph:

“Finally, I also ask of every man, since in this gift or endowment I am not using legal forms and terminology (for which I have good reasons), that he would allow me to be the person which I in truth am, namely, a public figure, known both in heaven and on earth, as well as in hell, having respect or authority enough that one can trust or believe more than any notary. For as God, the Father of all mercies, entrusted to me, a condemned, poor, unworthy, miserable sinner, the gospel of his dear Son and made me faithful and truthful, and has up to now preserved and grounded me in it, so that many in this world have accepted it through me and hold me to be a teacher of the truth, without regard for the pope’s ban, and the anger of the emperor, kings, princes, clerics, yes, of all the devils, one should surely believe me much more in these trifling matters; and especially since this is my very well-known handwriting, the hope is that it should suffice, when on can say and prove that it is Dr. Martin Luther’s (who is God’s notary and witness in his gospel) earnest and well considered opinion to confirm this with his own hand and seal. Executed and delivered on Epiphany Day, 1542.”

Before he died, it is reported that his friend Justus Jonas asked if Luther wanted to die standing firm on Christ and the doctrine he had taught. To which Luther answered: “Yes!”

From Dr. Mackenzie’s sermon this morning:

“Well, that’s the point of God’s No. ‘Listen up,’ it says, ‘you’re in big trouble. God condemns all of your thoughts, words, and deeds. You’re heading to hell.’ Only when that “No” at last penetrates our hard and stubborn hearts do we finally hear what God has been saying all the time in Jesus Christ: ‘Yes!’ Yes to forgiveness, yes to life, and yes to salvation. 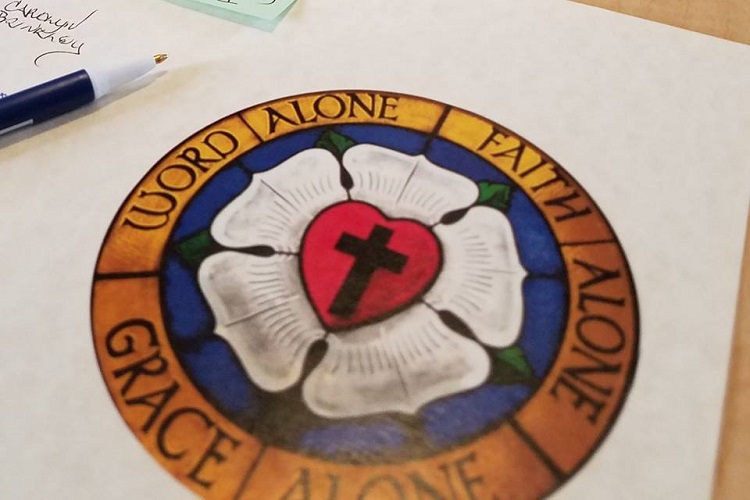