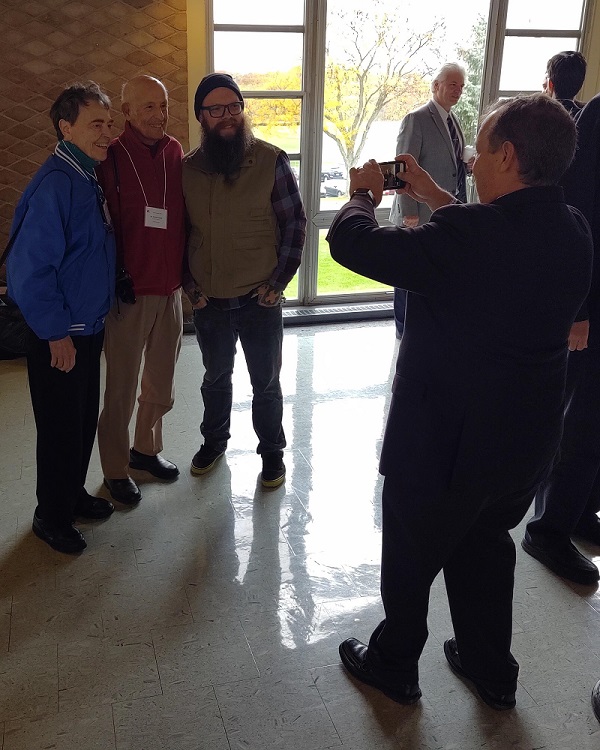 We had nearly 40 visitors with us this week for Luther Hostel, featuring lectures on Creation and the New Creation. Attendees also had the opportunity to join the campus community, worshipping in Kramer Chapel, drinking coffee and eating meals with the students and faculty, and even attending regular classes at intervals throughout their three-day visit. Special sessions on the theme are set aside in Luther Hall, taught by such faculty as Dr. Gifford Grobien, Dr. David Scaer, Dr. Ryan Tietz, Dr. Benjamin Mayes, Dr. Charles Gieschen, Rev. John Dreyer, Dr. William Weinrich, and Dr. Jeffrey Pulse.

Dr. Benjamin Mayes, Assistant Professor of Historical Theology, taught two sessions, one on studying the Bible (with tips from Lutheran Orthodoxy; specifically, how Johann Gerhard and C.F.W.Walther taught pastoral preaching and teaching according to Scripture), and the other on God’s omnipotence in the light of creation and science.

First, it must be understood that, while the specific issue of creation vs. evolution is a relatively new one, people have had problems with the Bible’s claims since the beginning of time (those hissed words in Genesis 3:1: “Did God actually say…?”). In St. Augustine’s day, pagans scoffed at the impossibility of miracles as the basis for their unbelief; following the Reformation, Zwingli and Calvin could not accept Jesus Christ at His word—the Lord’s Supper as stated in Scripture is impossible by any reasonable observation, so they came up with their own rational explanations.

Dr. Mayes explained the centuries-old arguments between rationality and faith, breaking down the coordination Scripture and Science into nine models:

[Please note: “Science” here refers broadly to empirical observation; i.e. what you see in the world around you.]

Models 4-9 prioritize knowledge gained through reason and observation over God’s Word. Subscribers of the following models put their confidence in their own experiences:

For hundreds of years, the Lutheran Church used a work by Matthias Flacius (1520-1575), “Key to Holy Scripture,” as a tool and basis for the classical understanding of Scripture as the inerrant Word of God with science, reason, and rationality subject to it. He laid out several principles (partially quoted here, from the translation provided by Dr. Mayes):

In short: our reason and experience of His world does not give us the right or ability to claim what God can and cannot do. “Lutherans are particularly well-equipped because of our adherence to the mystery of the Lord’s Supper,” Dr. Mayes noted. “Empirical data tells us that’s not the Body of Christ. God’s Word does, and we believe it.” Our approach to the Lord’s Supper should be our approach to creation. We accept it as truth because God is omnipotent and His Word is truth.

We are called to be both bold and cautious: there has to be a clear rejection of dogma that weakens scriptural doctrine. We reject theistic evolution and Old World Creationism because these theories present a cascading number of theological problems: death before the fall; God declaring death “very good” (if it occurred during creation) rather than as the wages of sin; a skewed definition of humanity (at what point do created creatures evolve into the likeness of God? Did Christ come to redeem humanity or just a stage of evolutionary development?); where does the soul enter the picture; and it makes Jesus a liar: “Have you not read that he who created them from the beginning made them male and female…?” (Matt. 19:4).

At the same time, we must remember not to go beyond Scripture. Creation is a mystery, partially told in the Book of Genesis and partially told by the evidence of the world around us. We can make some excellent guesses, but we also remember God’s admonishment to Job: “Where were you when I laid the foundation of the earth?” (Job 38:4). There are excellent resources out there, like Answers in Genesis, which offer theories on how creation and a young earth is supported by observation and science; but we value them for the possibilities they present (especially as an apologetics tool) without stating that these theories are as inerrant as the Word on which they are based.

And finally, a word of compassion: speak in love and with respect in correction and teaching. The issue of creation vs. evolution is often one of great theological concern to the scientists in the pews. While evolution does undermine Scripture, even this can and should be taught gently. We don’t destroy our neighbors for the sake of being right, nor do we devastate our brothers and sisters in Christ, but seek their good. 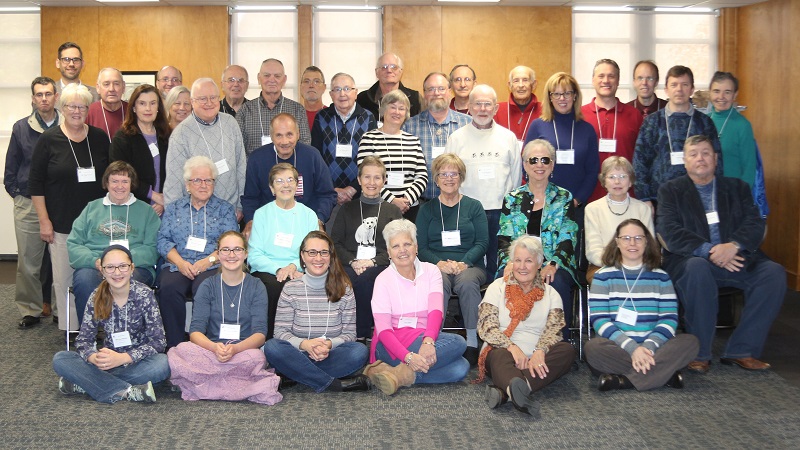 Dr. Mayes presentation was based on his paper, “Creation, Science, and God’s Omnipotence,” published in Concordia Theological Quarterly Vol.82, No. 3 in 2018. You can read the full article here: http://www.ctsfw.net/media/pdfs/MayesCreationScienceandGodsOmnipotence.pdf.