There’s a lot of extra learning opportunities on campus this week, from Lutheranism & the Classics (a two-day, bi-annual conference for those interested in the conjunction between theology and the study of classical antiquity) today and tomorrow, to the Christ Academy: Confirmation Retreat coming up this weekend. But the learning first started this week with a convocation on Wednesday, when Dr. Cynthia Lumley, Principal of Westfield House of Theological Studies in Cambridge UK, lectured on “Lutheranism in England.”

3. Lutheran worship does not feel familiar. ELCE churches’ use the LSB as their hymnal, which means even the spelling of Savior (Saviour) is immediately foreign and unfamiliar to their eyes; it seems like a small thing, but it’s not.

4. The deeply British value of toleration, which has been taken so far that it’s almost becoming intolerant to Christianity.
‍‍‍‍‍‍ ‍‍
On September 25, 2010, following the Dedication of Luther Hall, Dr. Norman Nagel wrote the following to his “Dear Friends of Westfield House”:
‍‍‍‍‍‍ ‍‍
“How super abundant are our Lord’s blessings. He brought us through the lean years when some people were willing to let Westfield House die. But the faithful staff and loyal Friends of Westfield House held on. And today we celebrate the lives of our Lord will bless through their lodging and studying in this building. My heart is with you with overflowing and joyful gratitude.”
‍‍‍‍‍‍ ‍‍
Thanks be to God for His faithfulness. It was a pleasure to have you with us, Dr. Lumley, to teach us about the history of Lutheranism in the UK, and to help us to better know our brothers and sisters in Great Britain. Thank you! 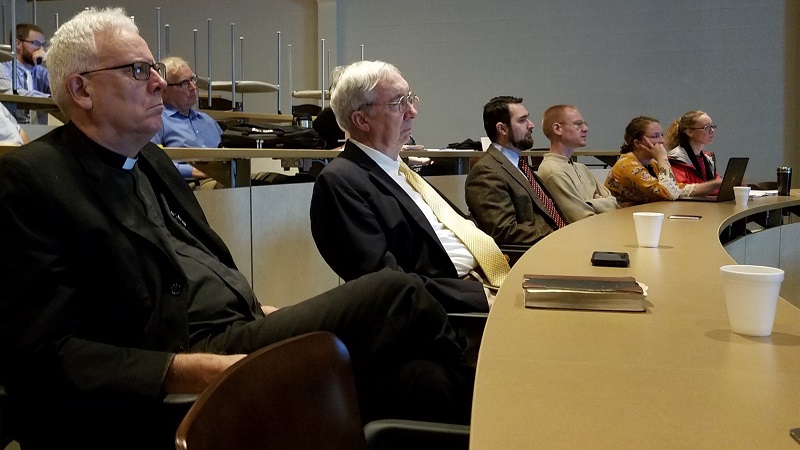