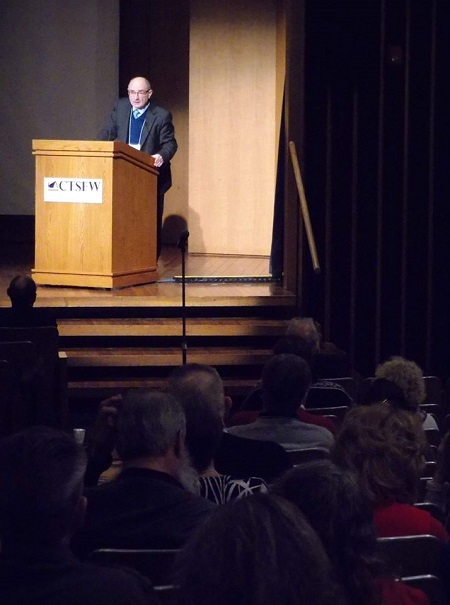 The Word creates the faith that is necessary to receive the Gospel. In Luther’s confession of 1528, Luther’s eschatological concepts were both a personal testimony and a true exposition of the faith of all Christendom; what all true Christians believe and Scripture teaches.

The question that has always been asked was: what is the pastoral relevance of the controversial issues and theological minutia on the discussion? What solution in addition to its conformity to Scripture is helpful and comforting? The confession both formulates the precise rejection of extreme positions both on the left and on the right, but also extends beyond that as a guideline for personal care. Therefore it is both meaningful and helpful in asserting our Lutheran identify, and the answers that can be found in the condensed documents of the 16th century can offer at the very least guidance for communicating faith today as well. It has significance for our contemporaries.

If we inquire after the Lutheran church, if it’s not an idea but a reality, it is not mute. It speaks.

I do not see God promising us that the Church will be a force of secular influence and moral authority in the world. No, we are the Lord’s little flock, but we do have this promise: the gates of hell will not prevail against it. Living as I do in a post-Christian environment, I see this. That old seductive dream belongs to another era. It’s hard to leave behind. We will be marginalized, mocked, neglected. But we speak. Our task continually recalls the words of the Old and New Testaments. Our confession must be repeatedly called to mind as it reflects God’s Word. In this way, by reconsidering over again the Scripture and the confessions, we are taken into a movement that connects being called and being sent. We’re not standing at the margins, we’re standing at the center.

Concerning the task that lies ahead in postmodern times: formation and education in other emerging church bodies. It is a matter of prayer and patience, that the Lord will show us what he has in store for us. We must pass on the doctrine that is tied to the Scriptures to the emerging southern churches, that was once granted to us. As long as we have churches bound to the Scriptures and the Lutheran confessions, the effectiveness is not ours. It is effective through God’s work and Sacraments. It is Him that will do the work. His name be praised forever.

Apologies for the much shorter summary than usual. The trade-off is that we have Epiphany Evening Prayer, featuring the Kantorei (plus Kantorei alumni, who will be joining their brethren in one of tonight’s pieces), beginning at 5 p.m. Eastern Time—i.e. in about half an hour. We will be livestreaming this service here on our Facebook page and at www.ctsfw.edu/dailychapel.